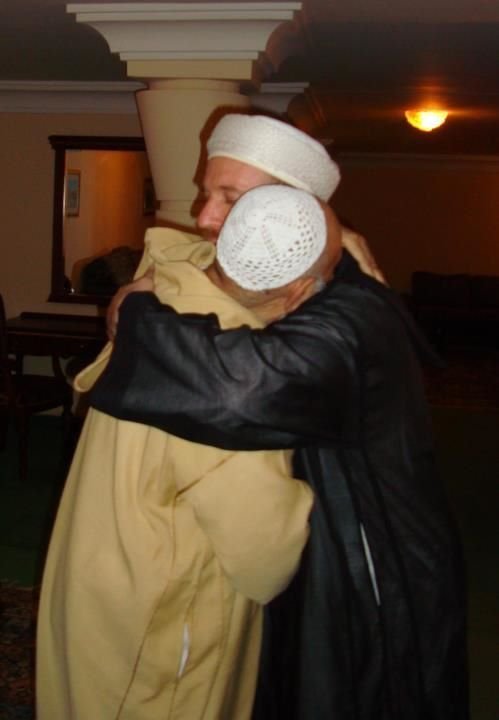 The two luminaries exchanged information on the situation in Syria, while Shaykh bin Bayyah showed his utmost support for Shaykh al-Yaqoubi in his recent position against the killing and the oppression of the Syrian people. Shaykh bin Bayyah praised the courageous stance Shaykh al-Yaqoubi has taken in speaking up against the tyrant of Syria with knowledge and wisdom. He then made a lot of Du’a for Shaykh Muhammad and the Syrian people, for their victory and relief.

Shaykh al-Yaqoubi praised Shaykh Abdullah bin Bayyah for his position during the events, his knowledge and high level of scholarship; as he is one of very few scholars in our time capable of applying the principles of Usool al-Fiqh and Qawa’id and taking the best benefits of them to our modern fiqh questions.

Both scholars agreed that the bloodshed must stop, while Shaykh bin Bayyah highlighted the five most important principles that Sacred law protected, namely: religion, life, lineage, intellect and wealth. They both stressed on the strong link of love and respect that joins them together. Shaykh Muhammad showed his support to Shaykh bin Bayyah’s efforts and the two will work together for the best of the Muslim Ummah.

May Allah preserve Shaykh Abdullah bin Bayyah and bless Shaykh Muhammad al-Yaqoubi, and may their services and benefits to Islam and the Muslims continue forever