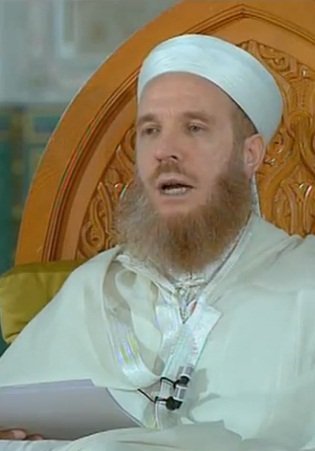 By His Eminence
Shaykh Muhammad Al-Yaqoubi

All praise is due to Allah; may His blessings be upon the best of His creation, our Master Muhammad and upon his Family.

A question was raised regarding the usage of land mines in urban warfare; is it permissible? And what is the ruling of collateral damage, whether human or material, as a result of these land mines?

The detailed response is that placing explosives like time bombs or land mines in a populated place or where there is a possibility of civilians passing is undisputedly forbidden even if the possibility is slight. The usage of such explosives is not permitted whether the expected casualties are Muslims or non-Muslims, citizens or visitors, even if they are soldiers on their vacation: all are equal. This is due to the general Islamic rule that harming any human soul is forbidden. Fighting is also restricted to the battlefield with strict Islamic rules of engagements.

The only occasion it may be allowed is when encountering invading armies on the battlefront in deserts, on open land, in mountainous regions or in valleys, all of which are uninhabited and where nobody passes except enemy troops and where there is no possibility of civilian casualties. Non the less, the permissibility here is restricted to the proportion of the necessity i.e. in proportion to that which wards off danger of the enemy. Anything in excess of that is impermissible as it is against the principles of Islam to inflict harm on anything, including open land.

As for placing explosives in cities, the default is impermissibility due to the severe harm that is brought about in the killing of civilian men, women and children.

However, if a district is evacuated and its inhabitants have left, then is it permissible to place time bombs on street corners or at building entrances, and is it permissible to hide land mines in the middle of streets in order to prevent the advancement of invading troops, bearing in mind the harm that could be caused to property as a result of that?

The answer is that such activities are not permitted in principle if an alternative exists, just as it is impermissible to take military cover in buildings, houses or masjids. It is for this reason that Muslims used to build their fortresses and strongholds outside the cities where they would position troops in them and task to defend the city. Likewise, they used to build defensive walls around the cities where troops were stationed to ward off the enemy, the practice of the Romans before Islam.

If defending the city and its inhabitants becomes necessary, and we fear the destructive capacity of the enemy, whilst there is no possibility of rescuing the people except by fighting in the streets, then fighting is permissible in proportion to the necessity i.e. if it is possible to deter the enemy by a less harmful means, then it is not permissible to use that which is more harmful. The principle “by less harmful means,” applies for both civilian population and enemy forces, as the goal of war in Islam is not to cause death or spill blood, rather it is to deter the enemy. So if it is possible to deter the enemy through intimidation, the usage of weapons is not permissible. If not, then only by way of necessity is the use of fighting permissible. The use of anti-tanks land mines to block the advancement of enemy troops is fully permitted, as the damage in this case is limited to the harmful vehicles of certain weight, with enough warning to heavy civilian tracks not to cross the war zone.

If by deterring the enemy unintentional harm is afflicted to buildings and houses, and is not as a result of excessive usage of firepower, then there is no sin upon the defenders of the cities for that and there is no liability on them for the harm caused, on condition that they fear Allah, Most High, from spilling blood and damaging property, and they do not surpass His bounds nor do they exceed the amount of necessity.