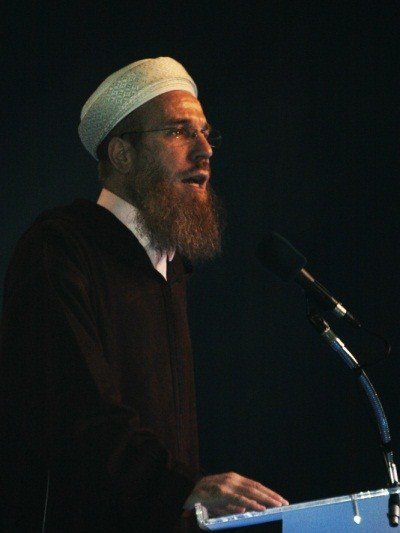 By His Eminence Shaykh Muhammad Al-Yaqoubi

Enquiry: Is it permissible to hold foreigners as hostages and take a ransom for their release?

Praise be to Allah and may prayers and salutations be upon the Best of Creation our Master Muhammad, his family and companions.

Abducting foreigners in Syria or any other land for that matter is absolutely impermissible. Abduction is forbidden and the ransom gained is an unlawful earning. This is act is a transgression and violation of people granted protection and Allah Almighty does not like the transgressors. Harming a Dhimmi [non-Muslim citizen of an Islamic country] or a Mu’ahid [non-Muslim granted protection] is a major sin and the perpetrator incurs sin for disobeyed Allah Almighty and opposing the Messenger of Allah, (peace be upon him). We must be faithful to the pledge of protection granted to anyone travelling into our lands and we must help them so long they remain here. This responsibility is for all Muslims and protecting one person is like protecting a group.
Treachery is a quality of the hypocrites and such a person will be marked by a flag on the Day of Judgment. Abductions and the like harm the revolution and repel people from Islam. In conclusion it is a prohibited act.

This is a peculiar question because it is common knowledge that the Shari’a forbids murder, imprisonment, abduction, threats & intimidation, terrorism and looting the wealth of people granted security. Everyone is equal in this; Muslims and non-Muslims. Whoever engages in any of these acts has sinned due to committing treachery and breaking an agreement; this is additional to the sin of harming the captives, regardless of their religion.

‘Abd Allah ibn ‘Amr (Allah be pleased with him) reports the Messenger of Allah (peace be upon him) as saying: “Whoever kills a Mu’ahid will not smell the fragrance of Paradise, even though its’ fragrance can be smelt from a distance of 40 years [of travelling].”

Imam Al-Bukhari entitled the chapter of this hadith as: “Chapter regarding the sin of a person who kills a crimeless Dhimmi.” In the Book of Tax he replaces the word “Dhimmi” with “Mu’ahid.”

Ibn Hajar Al-‘Asqalani comments in his work Fath Al-Bari: “The Mu’ahid is a person who makes a legal pact with Muslims by way of paying tax or through a truce with the ruler or by receiving security from the Muslims.” Whoever from the non-Muslims enters our lands does so with our protection and agreement. He has the rights that we have and is subject to whatever [laws] we are subject to and a Muslim is not disloyal.

Treachery is the opposite of fulfilling a promise and it is a sign of hypocrisy as described in several hadith. The prophet (peace be upon him) forbade treachery and gave severe warnings about it. He spoke of its punishments and their severity. It is from the major sins. ‘Abd Allah ibn ‘Umar (Allah be pleased with him) reports the Messenger of Allah (peace be upon him) as saying: “When Allah gathers [everyone]; the first and last, on the Day of Judgment, a flag will be raised for every traitor and it will be said: This is the treachery of so and so son of so and so.”

Abu Hurayra (Allah be pleased him) reports that the prophet, peace be upon him, said that Allah Almighty says He will be against three people on the Day of Judgment. One of those people is the one: “Who makes a covenant in My Name, but he proves treacherous.”
The presence of a ruler is not a prerequisite for granting security because the covenant [Dhimma] of the Muslims is equal and the same as narrated in the authentic hadith of Al-Bukhari: “The covenant of the Muslims is the same. Whoever breaks a Muslim’s covenant, upon him is a likeness of that…” I.e. a likeness of the curse mentioned in the beginning of the hadith will be upon anyone who breaks the covenant of a Muslim. That curse is describes in the hadith as:” Allah’s curse and the curse of His angels and all people.” To break the covenant means to be treacherous and to show disloyalty to it. Imam Al-Nawawi explains that ‘covenant’ in this hadith refers to security; that is to say granting security to a disbeliever is valid and when a Muslim gives security to a non-Muslim, it is impermissible for other Muslims to harm the non-Muslim whilst he remains in the security of a Muslim.

It is an Islamic right of Dhimmi citizens, albeit overlooked by bmany that they are not harmed and their owned assets, even pork and alcohol, are not damaged. Imam Kamal Al-Din ibn Al-Humam says in Fath Al-Qadir: “Backbiting him [the Dhimmi] is prohibited the same way backbiting a Muslim is prohibited.”

If a foreigner in our lands transgresses the law, the government is permitted to censure him according to the severity of crime or ask him to leave the country. Usually conventions exist between nations for such cases. Most transnational conventions for dealing with foreigners do not violate Islamic law.

Many foreigners such as reporters, journalists and photographers who come to Syria come help the Syrian people by delivering the truth to the world. We must not do anything in our dealing and actions which may be detrimental to us, especially when the world’s eyes are on us. Satellite channels broadcast our behaviour globally. More importantly, Allah Almighty sees all we do as He informs us: {And you are busy in any work, and recite any Quran from Him, and you perform any act, We are witnesses over you when you do commence it} Allah Almighty also says: {Or do they think that We hear not their secrets and their private counsel? [Yes We do] and Our Messengers [appointed angels] are with them recording}

The Free Syrian Army [FSA] leaders regulate the activities of these foreigners because presently there is no authority except that of the military. They set the rules for foreign groups in Syria who report the fighting, broadcast people’s suffering and document the regime’s crimes. Thus when some of the FSA leaders are made aware of foreigners aiding the regime or presenting a danger for the revolution by way of spying, they will either reprimand the foreigners or ask them to leave depending on the seriousness of the violation. However their course of action will be in accordance with international humanitarian guidelines and the Islamic provisions for non-Muslims granted security. These provisions are detailed in the books of jurisprudence.
Resorting to kidnaping and demanding ransom or pressuring the home country of the hostage is a manifestation of weakness, lack of initiative and a violation of Islam. Such behaviour distorts the image of our peoples’ revolution when in reality our people are known for loyalty, honouring guests and helping their neighbours. Not to mention how such behaviour turns the world against our people who in their millions have become homeless refugees and already many countries are hesitant to take them in.
We recommend the FSA publishes a booklet containing information for foreign journalists with specific regulations on how they must conduct their work if they want to cover the revolution. Points to cover may include: Non-filming of military sites, maintaining modesty and decorum, not recording shameful acts, respecting people’s privacy and other similar matters which may need clarification.

Rebels and fighters who defend themselves, their families, honours and homes against the criminality of Assad’s regime must be cautious in not following the way of the regime and from committing similar crimes to the regime.

Every rebel and fighter must work not to treat the opponent like the regime does with its ways of kidnapping, murdering, torturing, looting, killing prisoners and ill-treating people. Our people did not rebel except to remove injustice and oppression and to give rights to people and disseminate justice. So it is important that as the regime increases in crime we too increase in our detestation of crime and the regime. We must maintain our intention of establishing justice. We have to be mindful not to escape one tyranny to end up in another, taking on our enemy’s ways and stooping to the level of the regime’s scum; thus making the rebels grow into bandits concerned with looting instead of fighting for dignity and supporting truth and freedom. However this is inventible when we let our anger lead us and make revenge our justification: Every vessel is judged by what it contains.

We stress that fighters have the best morals and ethics. Any rebel entrusted with a weapon is not permitted to use it except for the truthful cause, before a single enemy – the regime – which people rebelled against. Nor is he permitted to transgress the boundaries of Islam and morality and the laws of warfare when using his weaponry.
War is not a profession or a trade; it is a necessity only resorted to because of the regime’s persecution. Every fighter must be aware that the only aim of raising arms is to eventually establish security and peace across our beloved country and to return love to every heart, a smile to every face and security to every house.

I hope every Mujahid will contemplate the Prophet’s [peace be upon him] advice to the army departing for the Battle of Mu’tah: “Do not break your promises; do not mutilate corpses; do not kill children, women or the elderly; do not destroy hermitages; do not cut down or burn trees and do not demolish houses.” Whoever exceeds these limits has transgressed; and Allah Almighty does not like the transgressors as He Almighty says: {And fight in the way of Allah those who fight you but transgress not the limits. Verily, Allah does not like the transgressors}.