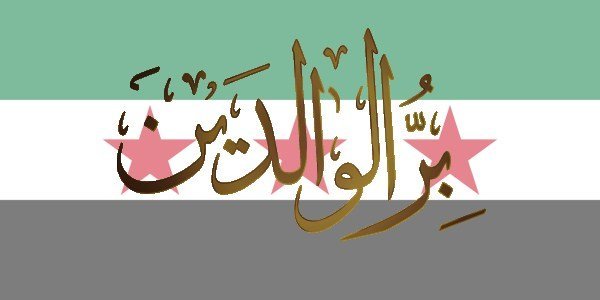 By His Eminence Shaykh Muhammad Al-Yaqoubi

Query:
I seek an evidenced explanation regarding young people who do not participate in the revolution for fear of angering their parents.

Jihad is a communal obligation [Farḍ Kifāya]; as long as some people are fulfilling this obligation, it drops from the remainder. Thus parental permission prior to Jihad is incumbent.

Imām Burhān Al-Dīn Al-Marghinānī explains in his work Al-Hidāya, Chapter of War:
Jihad is a communal obligation; when a group of people are participating in it, the obligation drops from the remainder of people. However if no-one is establishing it then all people will incur the sin of abandoning it.

In the narration of Muslim, the prophet [peace be upon him] said:
Return to your parents and accompany them in kindness

In Sunan Abī Dāwūd and Sahīh Ibn Habbān:
Return to them [your parents] and make them laugh the way you made them cry

Ibn Hajar states in his work Fath Al-Bārī:
The vast majority of scholars say that Jihad is forbidden if the parents or one of them does not approve, given they are Muslim, because being good to them is an individual obligation whilst Jihad is a communal obligation.

Imām ‘Ala Al-Dīn Al-Haskafī says in Al-Durr Al-Mukhtār, Chapter of Jihad:
Jihad is not obligated for the child or the adult whose parent(s) are alive because obeying them is an individual obligation

Imām Al-Nawawī says in his commentary of Sahīh Muslim, commenting on the hadith, “There is no migration after the conquest [of Makka] however there is Jihad and sincerity. When you are asked to set out then do so:”

The meaning is that when the Caliph wants you to set out for Jihad, you must do so. This is evidence that Jihad is not an individual obligation but is in fact a communal obligation; when those with whom the obligation is fulfilled make Jihad, the responsibility is dropped from everyone else. If everyone abandons it though, they are all sinned. Our jurists say that at present Jihad is a communal obligation unless non-Muslims invade Muslim lands; then Jihad will be stipulated for the people. Then, if the residents in that [the invaded] land cannot fulfil the obligation, neighbouring people must fulfil it.

When Jihad is an individual obligation, permission is not required. This is evidenced by the hadith narrated by Ibn Hibbān: A man came to the Messenger of Allah [peace be upon him] and asked regarding the greatest deed. He [peace be upon him] replied: “Prayer.” The man asked, “Then what?” He said: “Jihad.” The man said: “I have parents.” The prophet [peace be upon him] replied: “I instruct you to be good to your parents. I swear by the one who sent me with the truth as a prophet that I would verily make Jihad and leave them [parents]. The man said, “You know better,” [end of hadith]. This hadith is understood as referring to the Jihad which is individually obligated as per reconciling the two differing hadith.

Imām Al-Marghinānī says in Al-Hidāya: “Unless there is general panic. In that case Jihad will become one of the individual obligations.” The situation in Syria differs from city to city. There are enough fighters; the need for weapons and food is much direr than the need for fighters. However the regime’s forces have invaded towns. So it is obligatory for all to participate in Jihad against the enemy. Al-Marghinānī states: “If the enemies attack a town then it is obligatory on every person to resist; women will go out without their husbands’ permission and slaves without the masters’ permission.”

This extends to youngsters going out without parental permission when enemies attack a town, and to repelling an attacker also. Generally, Jihad is a communal and not individual obligation and thus parental permission is incumbent. The degree of obligation for Jihad will depend on distance from the attacked town. It is greatest for the townspeople of the city attacked by the regime’s forces. Obligation is also greatest for those able to participate and those who are trained in using weaponry. Supporting the Mujahidin with monetary aid is also a form of Jihad.

According to the Hanfite School, grandparents are like parents; it is incumbent to receive their permission as recorded in Hashiya Al-Tahtāwī. When both parents are non-Muslims and they prevent him from departing for Jihad because they rely on him or are attached to him or because they fear for him then he must them. If their prevention is due to a disliking for Jihad then he can depart without their permission.

If the person has a wife and children and he fears for them as there won’t be anyone to support them, he does not go out for Jihad. Imām Al-Tahtāwī says that “When he fears difficulty for them [his parents/grandparents], he does not go out without their permission, otherwise he can. This also applies to his wife.”

The person who did not receive his parents’ permission for Jihad should earn and spend some of his earnings on the Mujahidin; he too will gain the reward of Jihad if Allah Almighty permits. Al-Bukhārī and Muslim relate the following from Zayd ibn Khālid Al-Juhnī [Allah be pleased with him]:
The prophet [peace be upon him] said: The person who equips a fighter for Allah’s way, has partaken in battle and whoever takes care of his [the Mujahid’s] family and wealth with goodness, has partaken in battle.